Posted on 17 March, 2014 by greatemancipator

Seed-eating songbirds tend to gather on the Cornfield in greatest numbers during freezing weather: our peak counts of Corn Bunting (118 birds) and Reed Bunting (over 120) were made during the bitterly cold, snow-bound end of 2010. During the remarkably mild winter which is now ending, some birds have been notable by their absence – very few Linnets have been seen, for example. However, relatively good numbers of buntings have been present with around 30 Yellowhammers since the start of the year and up to 60 Reed Buntings. During the past week, up to 36 Corn Buntings have been counted and these can be seen from the south-east corner of the Country Park.

Before the development of Rawcliffe Bar, Corn Buntings bred in the arable fields which extended from Rawcliffe Meadows to the Ring Road. Although now lost as a local breeding bird, the Meadows remain an important habitat for Corn Buntings. Between October and April, varying numbers fly in at dusk to congregate along the Ings Dyke hedge. This appears to be a long-established gathering site, with birds probably flying-in from far afield. We’re not sure what they do when darkness falls, but dozens of buntings have occasionally been encountered dropping into tussocky grassland in the flood basin or on Clifton Ings. Unless daytime temperatures are below zero, roosting birds seemingly depart at first light. In certain years, though, we have noticed an influx of Corn Buntings foraging in the Cornfield in early spring, often accompanied by males ‘subsinging’ in nearby tree lines (‘subsong’ is a muted version of full song). These are birds which will soon depart to their remaining breeding strongholds on the Yorkshire Wolds and scattered locations in the central Vale.

Corn Bunting is one of Britain’s most seriously declining farmland birds, with the British Trust for Ornithology estimated an 86% population decline over the past 40 years. Breeding Corn Buntings have disappeared from traditional areas around Knapton, Fulford and Heslington in recent years, just as Grey Partridge and Skylark have also vanished from the outskirts of York.

It is very unlikely that we will ever see the return of breeding Corn Buntings at Rawcliffe since they require large areas of open farmland. However, Friends of Rawcliffe Meadows have been busy planting gorse saplings into gaps in the Cornfield boundary hedge in the hope of encouraging Yellowhammers to stay, since the prickly cover of gorse is one of this bird’s favourite nesting places. 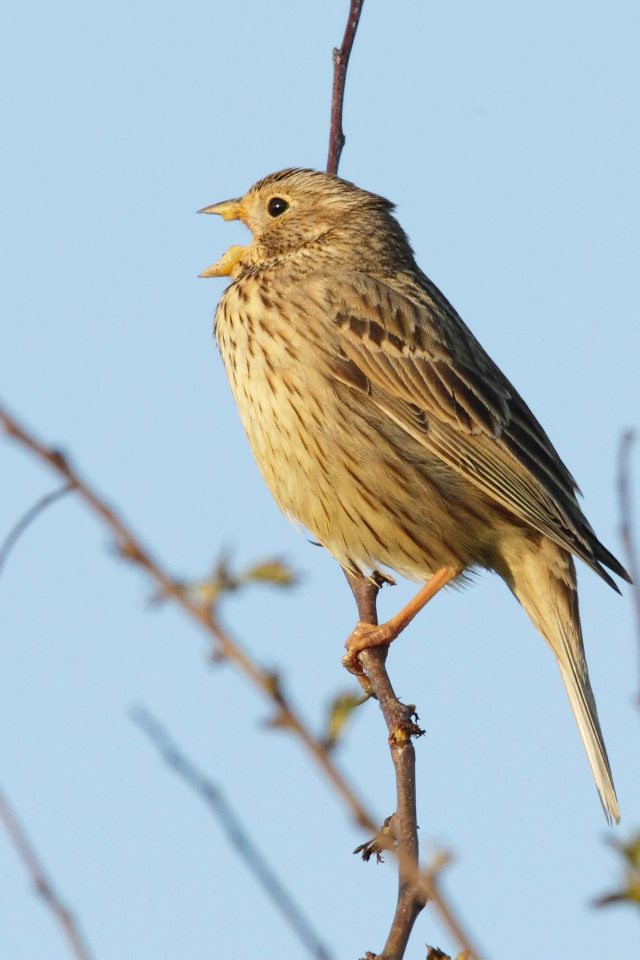 Researcher and practioner in matters relating to egovernment, government ICT and their approach to the citizen.
View all posts by greatemancipator →
This entry was posted in Wildlife Report and tagged Corn Bunting, Reed Bunting, York. Bookmark the permalink.