Posted on 8 April, 2015 by greatemancipator

Slightly later than the one recorded on the 29th March 2014 the first Tansy Beetle sighted in 2015, in the afternoon of the 7th April, was lurking under a tansy leaf on the northern mound by the Pond. Given that we have planted a great deal more tansy this year we are hoping that over the next couple of years our already nationally important population will increase gradually but greatly giving the critically endangered beetle a chance of survival.

The Pond was also host to lots of toads audibly displaying their affection for each other as they attempted to mate at the southern end. We’d already had a lot of frogspawn laid down earlier in the year to the east of the Pond.

We have a guided walk and talk about them on 7th June 2015 when hopefully there will be plenty around to see. 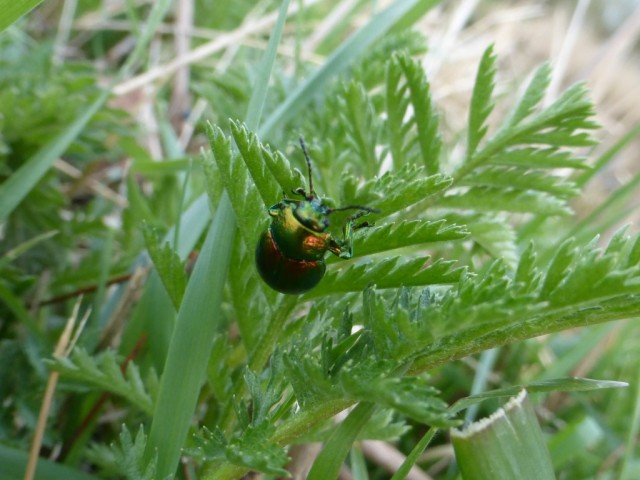 Researcher and practioner in matters relating to egovernment, government ICT and their approach to the citizen.
View all posts by greatemancipator →
This entry was posted in News item and tagged Tansy Beetle. Bookmark the permalink.