The plan for today was to cut a path around the Pond avoiding tansy plants and Tansy Beetles. This was done successfully despite their only being four of us but both plants and beetles were everywhere, including on other plants such as the nettles and cow parsley. Lots of passers-by called in to see the beetles in their natural surroundings. The weeding is being done to encourage the tansy plants and keep down competing vegetation so thus far it appears to be helping increase the population of beetles.

There was also lots of tadpole activity in the Pond, presumably from the recent inundation of toads that had been mating very noisily a few weeks ago. 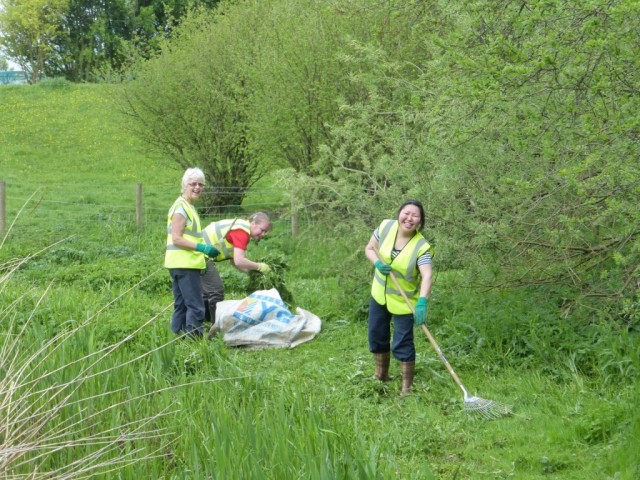 Researcher and practioner in matters relating to egovernment, government ICT and their approach to the citizen.
View all posts by greatemancipator →
This entry was posted in Work Party and tagged tansy, Tansy Beetle. Bookmark the permalink.