Posted on 1 June, 2015 by greatemancipator

Tuesday 16th June 6:30 p.m.- A Walk Looking at the Landscape History of Clifton Ings and Rawcliffe Meadows (limited to 15, booking form on website) – meet at end of Allotments track

Thursday 18th June from 6:30 onwards meeting at the Cornfield at north of the site at the end of the Allotments track – to pull as much horsetail as possible from the seeded area of Cornfield Grassland. It can be bagged and removed, or dumped in biodegradable bags in the messy area at the northern end of the plot, adjoining the Copse.

Sunday 28th June we’ll be at the Pond – weeding around the tansy plants to reduce competing vegetation while letting the Tansy Beetles feed on adjacent non-tansy plants, and leaving us a path to manage, count and admire them. There’ll be a strimmer in action, rakes and some fine hand weeding jobs to do. There are so many beetles around we’ll have to tread and cut very carefully!

Volunteers are welcome for all or part of that period. Wellies and gloves may advisable, at least as protection from the nettles. 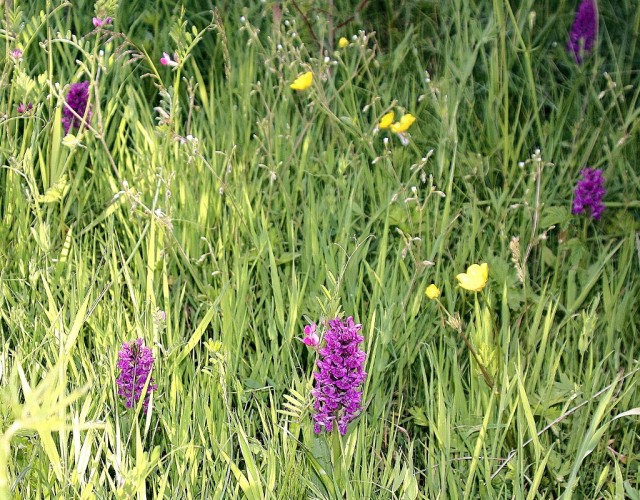 Researcher and practioner in matters relating to egovernment, government ICT and their approach to the citizen.
View all posts by greatemancipator →
This entry was posted in News item, Site Management, Wildlife Report, Work Party and tagged Northern Marsh Orchid, tansy beetles. Bookmark the permalink.