Posted on 20 September, 2015 by greatemancipator

A few weeks ago we agreed to meet up with the York Bike Belles at Rawcliffe Meadows as they took part in a guided tour of York’s Greener Greenways.  They left York Minster Tree at 11am on Sunday 20th September, cycling over to St Nicks, then Foss Islands Path, across Hull Road, Windmill Avenue, Walmgate Stray, Riverside path and then out to Rawcliffe Meadows, where they appeared at about 12:45. We’d arrived a little earlier and checked out that we could find some Tansy Beetles to show them – the big surprise was that there were actually quite a lot, and even better there were numbers of them at the south of the Pond, where there had been none when we counted in August! The tansy having been well chewed they were migrating to the nettles and even the bindweed. We also had a visit by a Black Darter dragonfly. 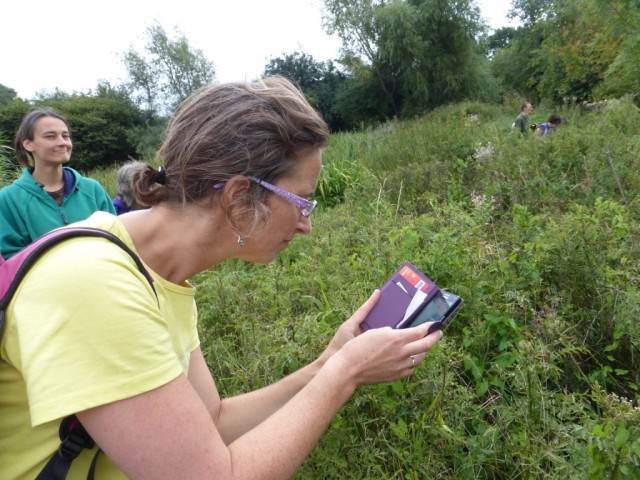 Having shown off the Tansy Beetle, explained a little about the site in general and answered some questions the Belles and Ken the guide made their way back to town, and we headed north and checked a coupl of other spots – finding a solitary Tansy Beetle by Blue Beck.

Checking in the Cornfield reserve there were a pair of roe deer, with a possible fawn disturbing the tall vegetation. 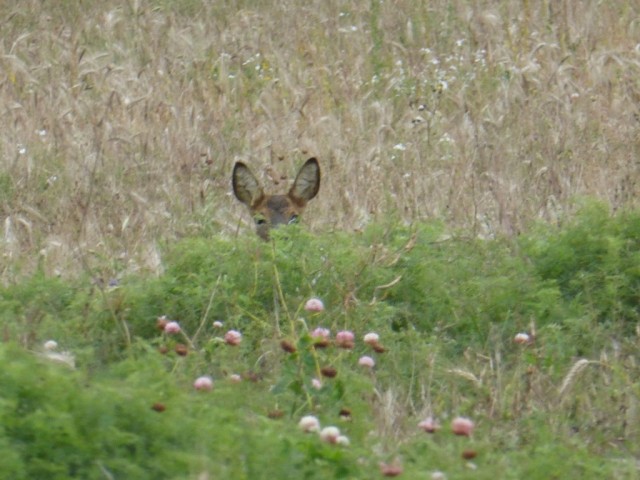 Researcher and practioner in matters relating to egovernment, government ICT and their approach to the citizen.
View all posts by greatemancipator →
This entry was posted in News item, Wildlife Report and tagged Sustrans, York Bike Belles. Bookmark the permalink.