Posted on 27 September, 2015 by greatemancipator

At today’s work party we were focused on clearing the tree brash created by cutting back the hazel copse for the new fence on the funnel above the Pond. This meant cutting the arising into more manageable size to build a pile within the fenced area of the Pond, and also putting a pile of logs for firewood by the cycle track, to which all are welcome. Thanks go to the eight volunteers, Helen, Judi, Guy, Masha, Judi, Ron, Mick and two new ones in the form of Mark and Julie. There was also an amount of hay from the Barrier Bank cut that our hay baler is unable to turn and bale, and provide a breeding ground for docks and thistle. This was raked off and put in the hedge. 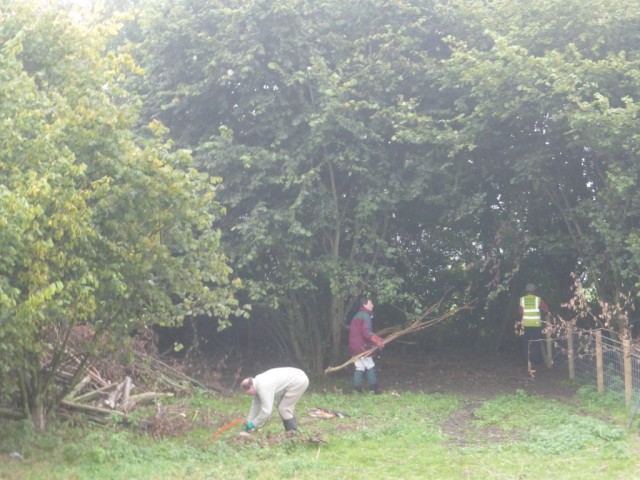 Mick also set to with the scrub cutter on the nettles and creeping thistles in the area, and then moved over the Barrier Bank to the area in front of Cricket Field Copse. However when he came to the junction with the Cricket Field he somehow managed to notice a few Tansy Beetles on the nettles at that point. He left those nettles standing and went on to clear stuff in the small scrub at the corner of the Meadow. Going back later as the sun was breaking through the mist there was evidence of a few relatively young and unchewed tansy plants with at least ten Tansy Beetles on them and the surrounding nettles. This makes this a new Tansy Beetle patch on the Meadows and how the plants and beetles got there is anyone’s guess. 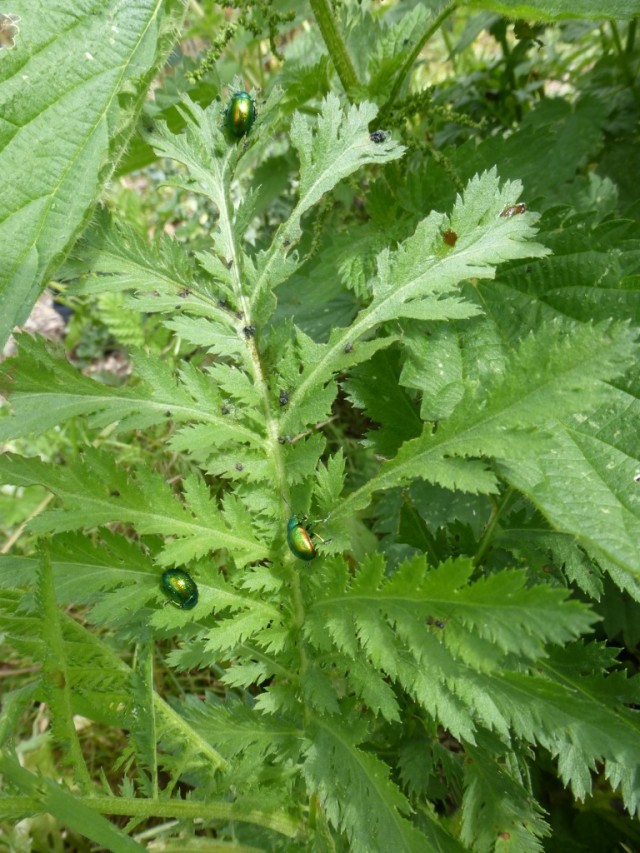 By one o’clock the party had completed the task and the cattle slowly making inroads into the area to nosey. Next date is the 25th October to do some planting and Pond clearing. 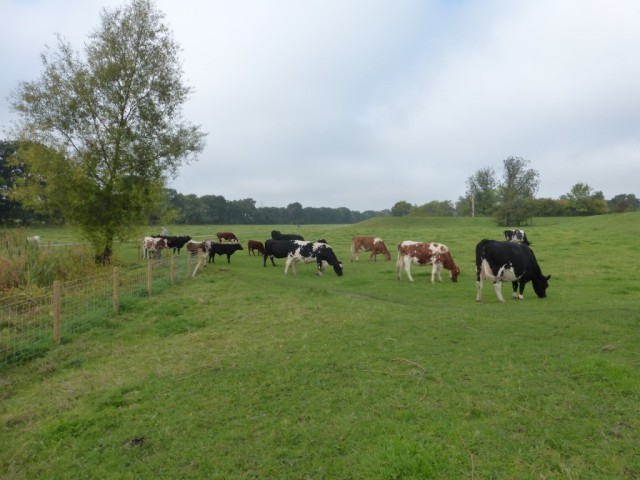 Researcher and practioner in matters relating to egovernment, government ICT and their approach to the citizen.
View all posts by greatemancipator →
This entry was posted in Site Management, Wildlife Report, Work Party and tagged tansy, Tansy Beetle. Bookmark the permalink.