Posted on 7 November, 2015 by greatemancipator

Earlier in the year we reported that Water Voles have colonised one of the Flood Basin ponds. This threatened mammal needs richly-vegetated wetlands, preferably with earth banks in which to burrow. Although there were signs of feeding activity in neighbouring areas, only one of the ponds provides suitable breeding conditions. In order to expand this, we have enlarged a neighbouring scrape to more than double the area of prime Water Vole habitat. Work has been funded through the Freshwater Habitats Trust’s People, Ponds and Water project.

This week our regular conservation contractor, Don Davis, braved very wet conditions to extend the scrape originally excavated for us by MMB (Yorkshire Water’s pipeline contactors) in 2013. The enlarged and re-profiled scrape will soon be fenced using recycled materials.  This will protect the banks from cattle trampling and encourage Common Reed to spread from the neighbouring pond. 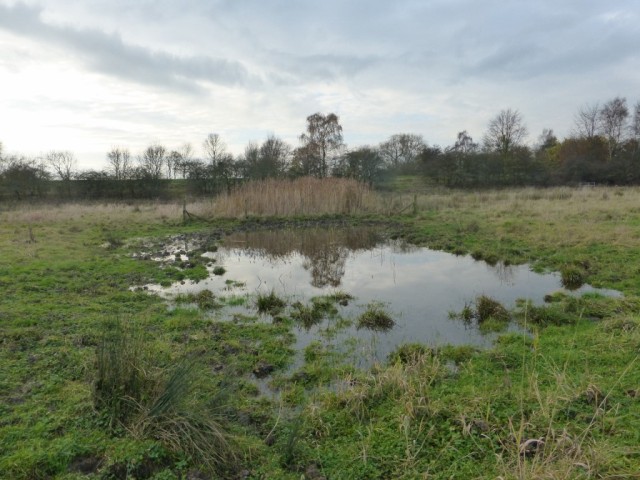 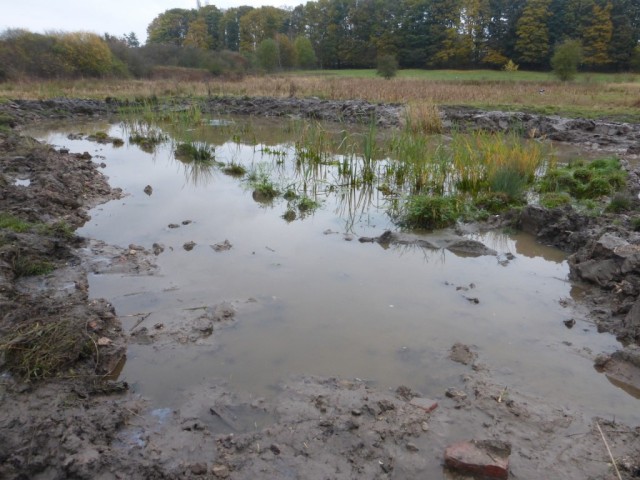 We will manage the combined ponds by cutting a proportion of the vegetation each year to maintain open reed swamp and prevent the build-up a dense debris layer. This will also benefit the rare and delicate Lesser Marshwort which grows in the Water Vole pond. We have also extended one of the cattle-grazed pools to create additional areas of shallow water-margin habitat, which will be ideal for Tubular Water-dropwort, another threatened wetland plant. 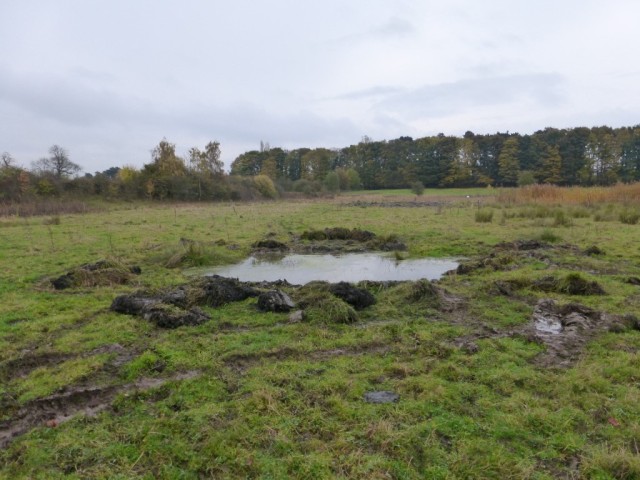 Researcher and practioner in matters relating to egovernment, government ICT and their approach to the citizen.
View all posts by greatemancipator →
This entry was posted in News item, Site Management and tagged FreshWater Habitats Trust, Martin Hammond, MMB, water vole. Bookmark the permalink.