Posted on 6 December, 2015 by greatemancipator

Rather like the previous work party the rain chucked it down for a short period prior to 10:30. Fortunately it didn’t deter many people as we had an excellent ten helpers, including Barry and Louise who joined us for the first time. So with Carol, Pete (and grandson Jason), Judi, Masha, Neil, Ron and Mick we were on to do a good job.

The first job was to cut off the Elder saplings that had shot up since last year, along with clearing a lot of the woody debris to the sides and back to dead hedge the copse. This created a nice sunny space to plant twelve hazel saplings, and then more brash from the coppicing was moved further back making a Robin very happy as food was revealed underneath.

Cricket Field Copse after the work by Masha 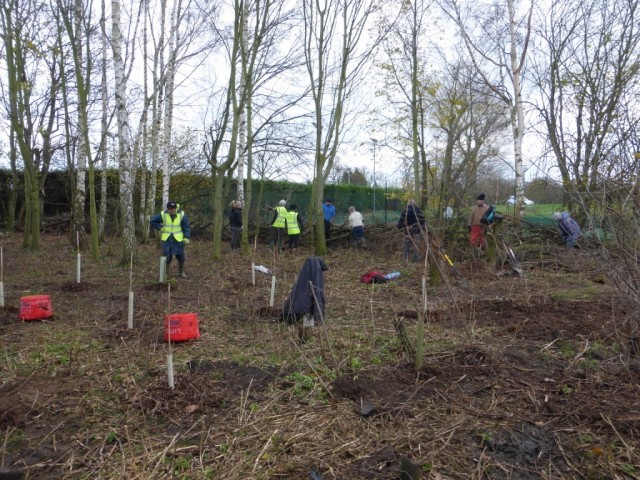 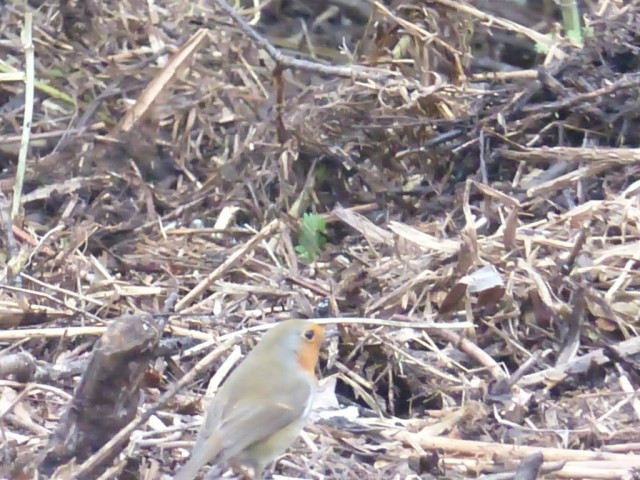 The flooding over the Barrier Bank didn’t really affect us but provided a water to source to water the saplings in. The water has actually risen another six inches or so and was at the bottom of the interpretation board. 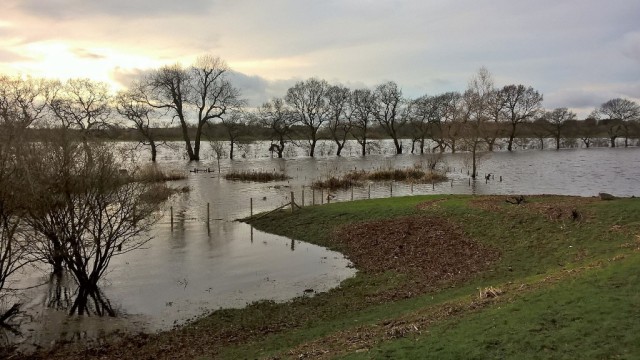 The next work parties are hopefully as follows, any help gratefully appreciated!

In May we’ll move to Thursday evenings meeting at 18:30 onwards.

Researcher and practioner in matters relating to egovernment, government ICT and their approach to the citizen.
View all posts by greatemancipator →
This entry was posted in General and tagged Cricket Field Copse, volunteering. Bookmark the permalink.