Posted on 20 January, 2016 by greatemancipator

As many readers will know, the Tansy Beetle is confined to the floodplain of the River Ouse in North Yorkshire apart from a very small, isolated population at Woodwalton Fen in Cambridgeshire. Now categorised as Endangered, this insect was formerly more widespread in fens and river valleys in lowland England.

The results of 2015’s Tansy Beetle census have now been collated by Geoff Oxford on behalf of the Tansy Beetle Action Group, of which FoRM is a member. With an estimated population of around 24,000 individuals on the Ouse, the  data shows that Rawcliffe Meadows is one of the most important locations in the country for this stunning insect, supporting around 18.5% of the population. 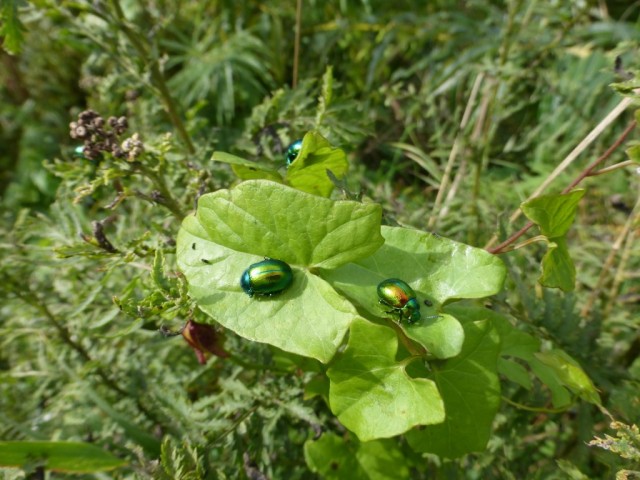 Researcher and practioner in matters relating to egovernment, government ICT and their approach to the citizen.
View all posts by greatemancipator →
This entry was posted in Wildlife Report and tagged Tansy Beetle, Tansy Beetle Action Group. Bookmark the permalink.