Posted on 3 June, 2016 by greatemancipator

Part of our management plan is to cut around the key areas of tansy (Pond and New Meadow) three times in the summer to reduce competition from plants that might smother the tansy itself – in the past we had a particular problem with bindweed. The current competition near the Pond is from yellow loosestrife and nettles, but unfortunately as we found both of these plants were host to Tansy Beetle eggs, so volunteers had to be doubly careful. 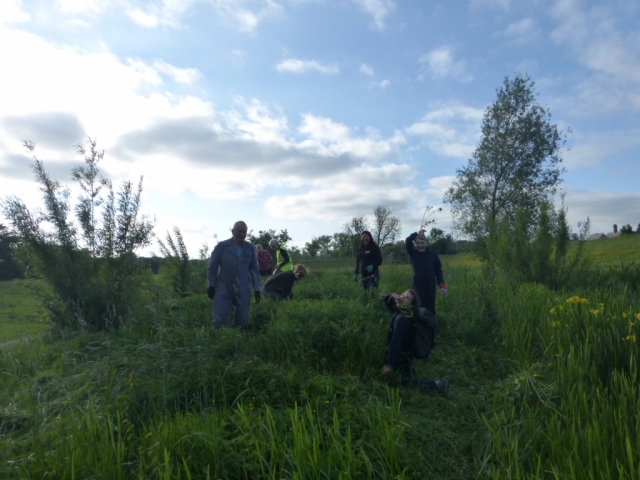 So thanks to Pete, Jason, Masha, Andra, Lauren, Judi, Tess and Mick who worked around both mounds of tansy finding many beetles and eggs, along with damselflies and other creatures.

Few of the plants to the south and east of the Pond had survived the flooding but the ones along the nearby Ings Dyke, planted in April with the Yorkshire Wildlife Trust and Tansy Beetle Champion volunteers, were doing well and beetles were sighted. 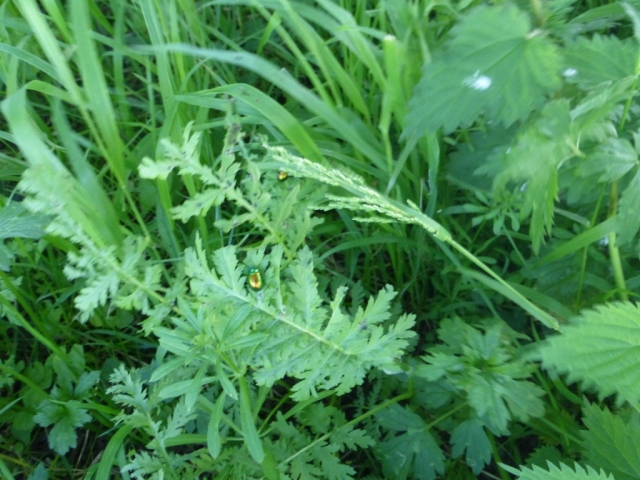 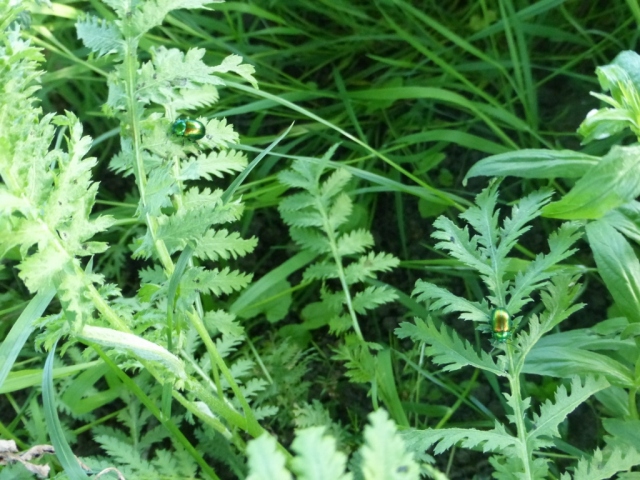 Ideally  some weeding amongst those plants might be beneficial in the long term but we’ll have to see if we have time, along with competition control in the other tansy stands we now have.

Current planned activities below. Work parties start at 18:30 on Thursdays.

Researcher and practioner in matters relating to egovernment, government ICT and their approach to the citizen.
View all posts by greatemancipator →
This entry was posted in Site Management, Work Party and tagged tansy, Tansy Beetle, Tansy Beetle Champions, Yorkshire Wildlife Trust. Bookmark the permalink.