As arranged, the Friends gathered at the New Meadow to clear around the tansy plants on the west and south banks of that area. The ongoing management for some years now has greatly reduced the vegetation competing (such hogweed, nettles and cleavers) with the tansy plants,   whilst some other less-competitive species are also increasing like Marsh Woundwort and Giant Bellflower. 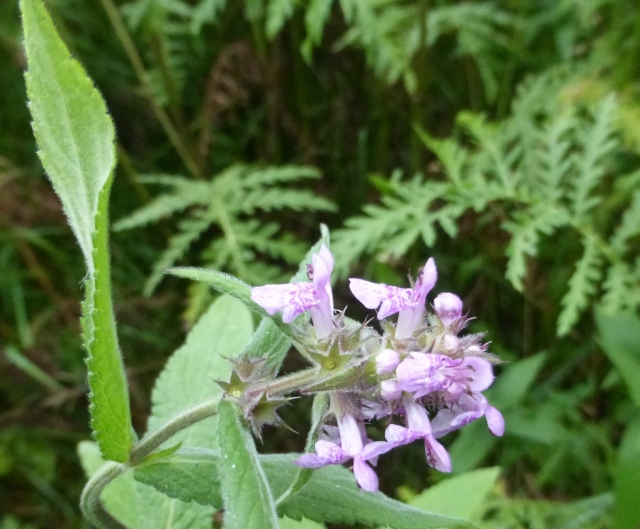 One noticeable issue is that the older plants on the western bank are seriously suffering from a condition referred to as ‘browning off’ when the flower heads and uppermost leaves turn brown before flowering, whilst the newer ones on the southern bank were in glorious flower. Whether this is to do with the nearby trees, some pest from the trees or what, we have yet to learn.

Our thanks go to Jason, Judi, Masha and Pete for cutting back the vegetation by hand. Meanwhile in the Cornfield arable the Roe deer family were keeping a close eye on activities.

The next activity is on Thursday 11th August when we’ll probably be clearing around the Pond tansy again, and then on the Thursday 25th August when we return to New Meadow, by which time the Tansy Beetles will hopefully have surfaced.

Researcher and practioner in matters relating to egovernment, government ICT and their approach to the citizen.
View all posts by greatemancipator →
This entry was posted in Work Party and tagged Roe Deer, Tansy Beetle, volunteering. Bookmark the permalink.