Posted on 4 December, 2016 by greatemancipator 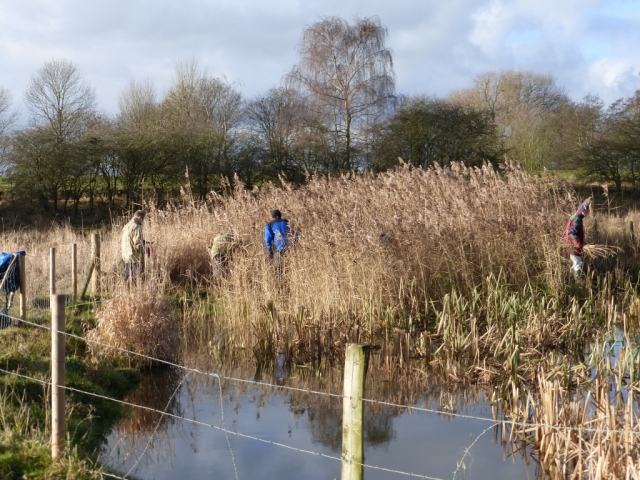 Many thanks to Ron, Mark A, Mark T, Judi, Julie, Sarah, Pete and Jason for venturing into the Reservoir Basin to cut back the phragmites in the original Water Vole scrape and they cleared around 50% of it, which was bundled up  to make invertebrate habitat, meanwhile mick was pulling out as much Reedmace as was possible from the extended pond and Judi helped by getting it onto the banks. Lots of reed bunting activity as we disturbed them but also a couple of wrens flew out.

One little island in the new scrape looked as if water voles had been using it, which was a nice thought, so an additional one was constructed.

It stayed dry and largely sunny, so with nine of us the task largely succeeded. Next session is January 8th 2017 controlling the brambles and blackthorn on the northern bank of the Reservoir Basin to ensure the orchids continue to expand.

Researcher and practioner in matters relating to egovernment, government ICT and their approach to the citizen.
View all posts by greatemancipator →
This entry was posted in Wildlife Report, Work Party and tagged Reed Bunting, water vole. Bookmark the permalink.