Posted on 9 December, 2018 by greatemancipator 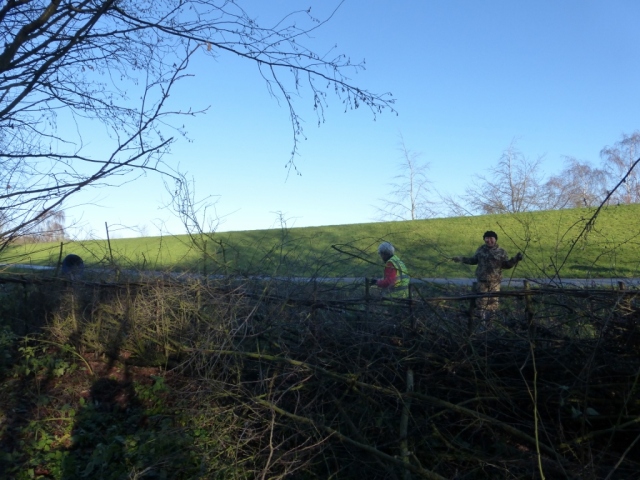 Thanks to Judi, Masha, Mark A and Mick for venturing out on an excellent December day to try and sort out the various saplings that were suckering out of Blue Beck Copse towards the cycle track and that we hadn’t dealt with when laying the hedge earlier in the year.

The four of us managed to cut back all the saplings including some turning into trees and dispose of the brash. There were some fungi to be seen but the spots of the day went to Masha who saw a Great Spotted Woodpecker above us and another nearby over the Reservoir Basin. 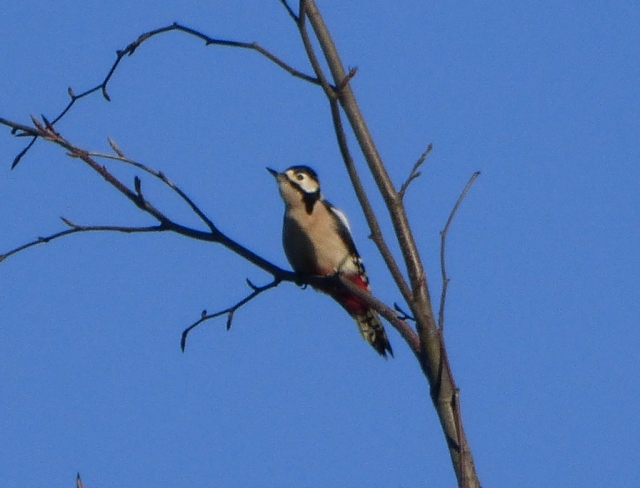 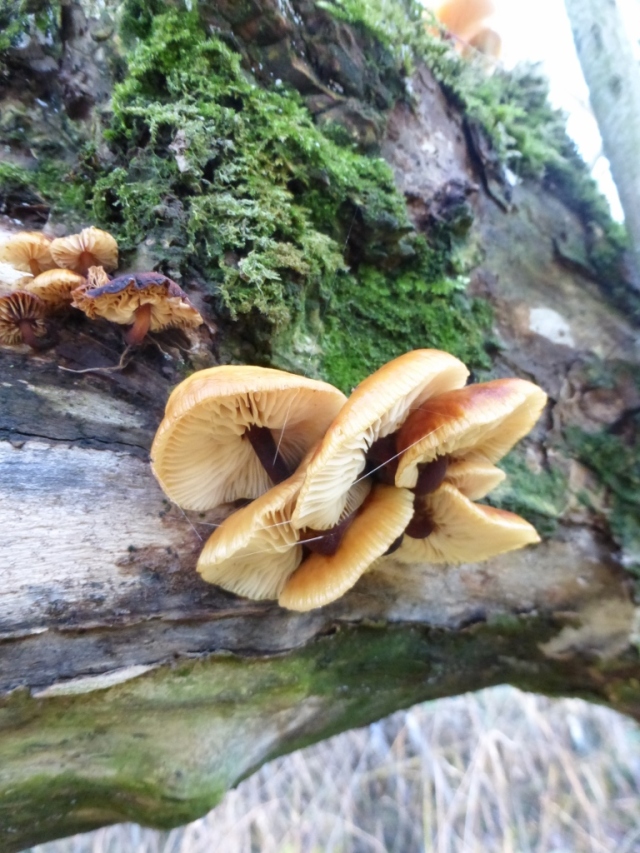 One can actually seen the layed hedge in all its glory now, alongside the fast collapsing post and wire fence that once secured Blue Beck Copse.

The next work party is not until January 13th 2019 when we’ll be cutting back blackthorn suckers in the Reservoir Basin to keep it clear for the orchids.

Researcher and practioner in matters relating to egovernment, government ICT and their approach to the citizen.
View all posts by greatemancipator →
This entry was posted in General, Site Management, Wildlife Report, Work Party. Bookmark the permalink.