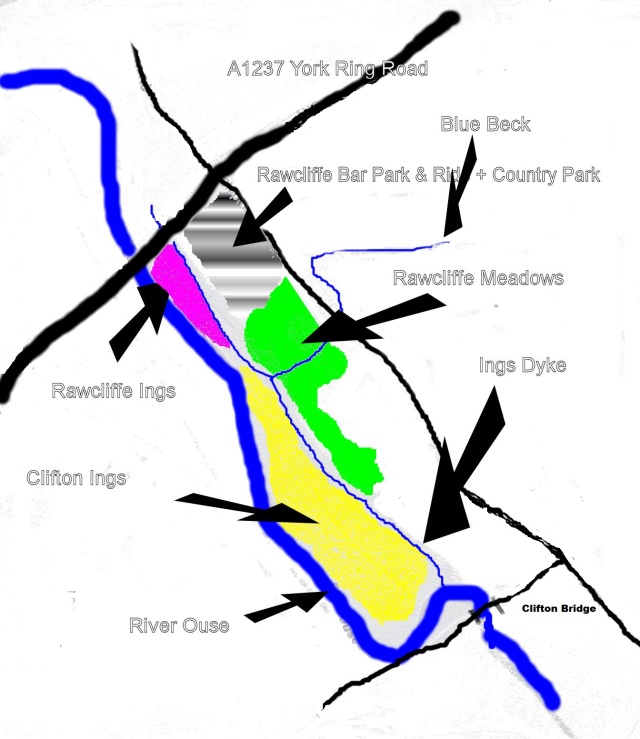 Rawcliffe Meadows, along with the Clifton and Rawcliffe Ings, is part of the Ouse Ings floodplain to the north of the City of York in the UK, and was notified in 2013 as a Site of Special Scientific Interest (SSSI). The Friends Of Rawcliffe Meadows have managed that part of the Ings since late in 1990. The site provides for a range of plant, bird, animal and insect life, some of which are rare, and limited to such disappearing landscapes. You can find how to get to us here.

Clifton Ings is adjacent to Rawcliffe Meadows, the two being separated by the Ings Dyke. To the north of both is Rawcliffe Ings. The Ings were used as a race course in the eighteenth century (read more about this on the British History Online website and below).

The Friends of Rawcliffe Meadows published a 30 page A5 booklet written by Martin Hammond entitled “The Ouse Ings – Their History and Wildlife”. A limited number of copies are still available from the Friends for a donation and postage. A much expanded version is available in York Reference Library. This was greatly expanded to 100 pages and published as an A4 glossy softbound book in 2017 with the title Deep Meadows and Transparent Floods – The Story of the Ouse Ings. 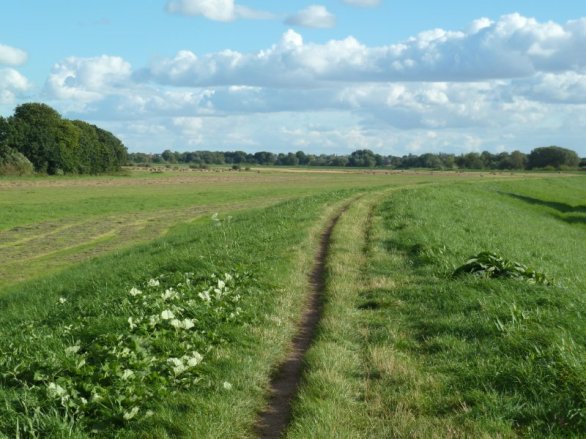 The Clifton Ings Site of Interest for Nature Conservation (SINC) citation can be found in the City of York Biodiversity Audit 2010 on page 89.

Clifton Ings was an area explored by the renowned English botanist Richard Spruce as was recorded by Alfred Russell Wallace in his edited introduction to ‘Notes of a Botanist on the Amazon’, when her refers to it as a location for rare mosses.

Since the beginning, the Friends of Rawcliffe Meadows have had their eye on the section of Rawcliffe Ings that ran from the top of the meadows to the copse along the eastern of the cycle track (other side from the cornfield buffer hedge).

Watching it deteriorate over the years has been upsetting but in March 2008 the Environment Agency, having needed the topsoil for a project elsewhere, commenced work towards restoring the quality. In May 2008 they began by stripping 20cm off the turf. Once prepared the ground was sown with a mixture of local wildflower seed and local hay to help flowers regenerate. Along with weed control, the area is being monitored for any additional management to improve the biodiversity. Seed was grown on at Brunswick Nursery and Mires Beck from that collected during July and August 2008. Volunteers helped to spread a bale of Ings hay across the site to provide a seed source. 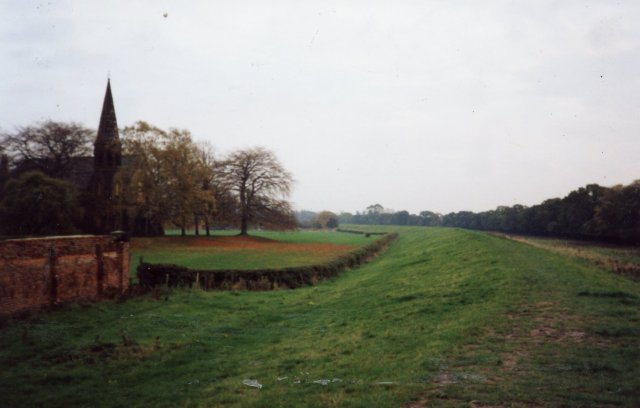 View of The Chapel at Clifton Hospital mid 1990’s 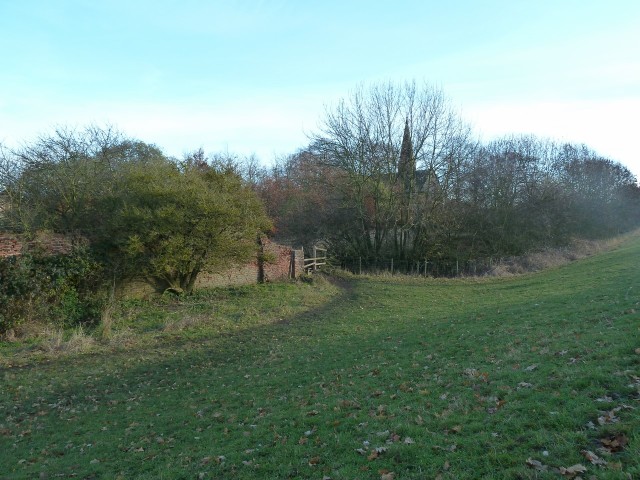 “About half a mile from Clifton Green is the North Riding Pauper Lunatic Asylum, a handsome Elizabethan building, pleasantly situated on the north bank of the Ouse. It was erected in 1847, at the joint expense of the North and East Ridings, for the accommodation of 150 inmates; but so numerous were the applications for admission, that, in three years, it was found necessary to extend the buildings, so as to double the accommodation. The premises have been several times enlarged since, and are now capable of receiving about 700 inmates. The farm and pleasure grounds belonging to the institution occupy about 158 acres.”

Although the 18th century saw the development of some private asylums to house people with mental health problems (like one provided by the Quakers at York in 1796) it was not until 1845 that state provision of lunatic asylums became compulsory. This led to the building of a joint asylum for North and East Yorkshire at Clifton, York in 1847.

“…is the property of the Earl de Grey situated in the township of Clifton and Rawcliffe in the North Riding, one mile and a half from the city of York on the south side of the York and Easingwold turnpike road, freehold of inheritance and tithe free in the several occupations of Messrs Etridge and Sellers (Inn Keepers) comprising five fields all in grass but one which has a crop of wheat containing nine acres and thirty three perches.”

However within twenty years the rising cost of this asylum, to East Riding taxpayers, led to plans for a separate institution but the one in Clifton continued to grow until the late 20th century saw a change in the handling of the mentally-ill and ‘care in the community’ lead to the closure of many 19th century institutions, like Clifton Hospital.

Throughout the 20th century, the practice of being a self-sustaining community producing its own food had diminished, although speaking to staff who had trained there in the 1960’s confirms that the hospital still had the farm then, which went all the way north, past the current outer-ring-road, where buildings have now been converted to a pub.

The current flood bank is also relatively new in its present form although there had been lower flood defences marked on earlier maps.

Pieces of 19th century ironwork and fences can still be identified alongside the Ings Dyke and the copse.

After earthworks were excavated to form the current funnel down towards the pond in 1991, the funnel became awash with opium poppies that summer, perhaps a throwback from an earlier medicinal garden?

The immaculate grounds and older features were allowed to deteriorate by the new owners after 1996, and it was sad to see the orchards and lawns run down but in parallel the Friends of Rawcliffe Meadows had recovered the poached pasture from its creeping thistle covered state to the herb-rich Ings meadow that would have bloomed in years before.

A number of provisions were made for the open spaces under the Section 106 agreement made as part of planning permission on the site in 1995. However, the City of York Council made singular efforts in not enforcing them to the point where in 2007 the grounds were rank with weeds, the hedges overgrown and fly-tipping abundant.

FoRM had complained to the Council, local MPs and other agencies on a regular basis to no effect. The developers had made their money and run…However the s.106 Agreement was finally signed on 28th January 2015 and the Council received the commuted sum probably 15 ears after all should have been wrapped up.

For more details of the North Riding Lunatic Asylum and Clifton Hospital the surviving records are in the Borthwick Institute at York University. An interesting list of material held there is provided on the National Archives website. The Borthwick have published a section on the history in “From County Hospital to NHS Trust: the history and archives of the hospitals, services and management in York, 1740-2000” by K.A. Webb; Borthwick Texts and Calendars 27; ISBN 0903857995 pp 60 – 72..

There is also the book ‘Clifton Hospital, An Era’ by M.T.Haslam, printed and published 1996 by The Golden Flower Press, Belper, Derby. Yes, he is the same one as in the Kerr Haslam Inquiry.

“The earliest record of the sport he could find, in the form of what is now called a return list, was at York, on Tuesday, September 13, 1709, for a gold cup, value £50. It is specified that this race was run in three four-mile heats, over Clifton and Rawcliffe Ings. When the races were removed from the Forest of Galtres, or whatever place they were held at, to Clifton and Rawcliffe Ings, it is not possible to determine; but the first race over Knavesmire was run in 1731. It was ” His Majesty’s one hundred guineas for six-year old horses, &c., 6st., four-mile heats,” and was won by Lord Lonsdale’s bay horse, Monkey, beating the representatives of Sir Nathaniel Curzon, Mr. Vavasour, and Mr. Benson.

Probably Clifton and Rawcliffe Ings formed a large, open, and unenclosed space, affording ample scope for long races, when racing was first practised there. Allen describes this course as ” a spacious common field on the north side of the city.” There was, however, a mile to the south of York Minster, another ” large common pasture,” which is now one of the best racecourses in the kingdom. To this, in 1 73 1, the meetings were removed, to the advantage of the sport. Knavesmire adjoins Tyburn, where the criminals were formerly executed (till August, 1802). The culprits were driven in a cart from the city gaol, ” surrounded and followed by numerous multitudes; this barbarous custom, with its brutal concomitants,” was put a stop to in the year above-mentioned, when the executions for the first time took place outside the Castle or gaol. The name of Knavesmire is said to be derived in a very simple and straightforward manner — namely, from the words knave and mire. It is an extensive common pasture, called from time immemorial by its present name — Knavesmire. ” Knave,” says Allen, ” implying, from the Anglo-Saxon, a poor house-holder ; and mire, alluding to the watery situation — thus denoting it the poor man’s field.”

It is well established that what may be termed modern racing began at York, in 1709, over the ” common pasture,” at Clifton and Rawcliffe Ings. The citizens of York were as enthusiastic in the cause of sport as their neighbours, the townsmen of Doncaster.”