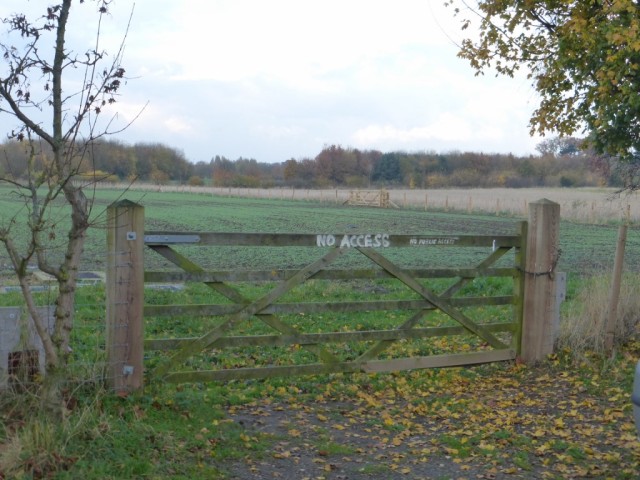 Rawcliffe Cornfield Nature Reserve was established in 2000 to ensure that a representative area of farmland habitat was retained when the Rawcliffe Bar Park & Ride site/Country Park was developed. It is a 4.6 hectare field with a long history of arable cultivation, mostly owned by City of York Council but with a small area at the western end of the field leased by the Council from the Environment Agency. The Cornfield Nature Reserve has been managed by Friends of Rawcliffe Meadows (FoRM) since 2003, initially under a Countryside Stewardship agreement then, since 2011, under Higher Level Stewardship.

It is an arable field, with field gates at either side and signs saying ‘No Public Access’. It was there to provide nesting for some of the nations increasingly rare birds such as skylark and grey partridge. It also provides a relatively safe feeding ground for the flocks of linnets, finches and tree sparrows that inhabit the copse on Rawcliffe Meadows.

The seed crops have proved to be highly successful, regularly supporting significant numbers of declining farmland birds including Linnet, Tree Sparrow, Yellowhammer, Reed Bunting and Corn Bunting. It is intended to maintain the existing area managed under this option.

However, the area managed as cultivated fallow is not fulfilling its potential for biodiversity. The area under this option is ploughed each spring but then left unplanted, creating open ground with naturally-regenerating vegetation. This was intended to provide optimal Skylark habitat but no longer serves that function, with no records of Skylark (or other ground-nesting birds) since 2011 and only sporadic records for several years prior to that. We also have major problems with perennial weeds such as horsetail, couch grass and creeping thistle, which flourish in the fallow land.

Please do not enter for any reason as this is an arable field and subject to occasional chemical usage, along with being a feeding and nesting area for a range of birds.

Due to lack of ground nesting birds, from 2014 it was agreed with Natural England to take 1.5 hectares at the western end of the field and convert it to grassland  to provide an additional area of hay meadow and accommodate livestock when the floodplain becomes wet. A fence was first erected north to south across the field with a gate in the middle to allow access for contractors. The area was rolled and sprayed off to reduce the horsetail, it was then ploughed, harrowed and seeded with an appropriate wild flower seed mix. The area will need some additional agricultural management to control arable weeds arising from the soil disturbance. By April 2016 it had been cut and removed and additional plants used in the bare patches, along with bigger ones being raked and re-seeded. 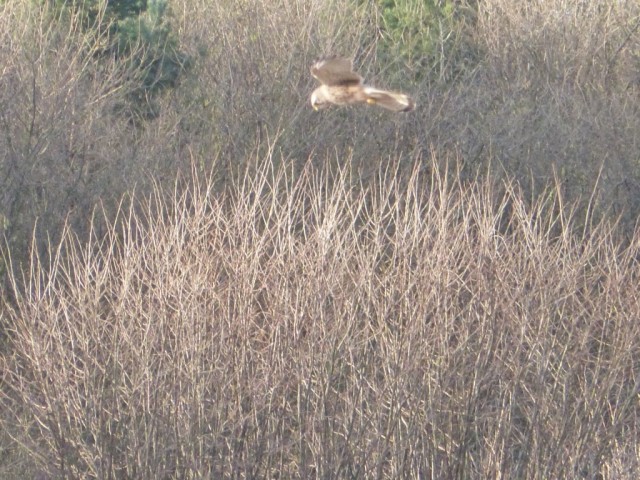 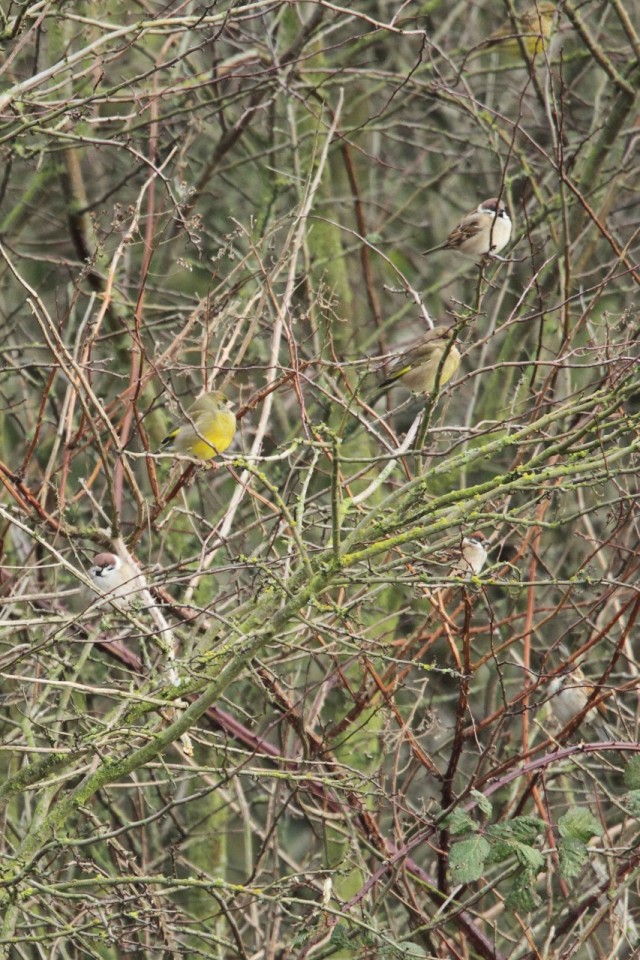 Following preliminary investigations in 2014, in April 2015 we started work on creating a bee bank. This was done by taking off the topsoil off several square metres of the bund in the north-eastern section of the arable part of the Cornfield. This revealed the layer of sand, which was extracted and in some layers mixed with a small amount of cement to  provide strength as it was built up slightly above the ground level to present two bare sandy face to encourage subterranean bees, was and other invertebrates to create nests. 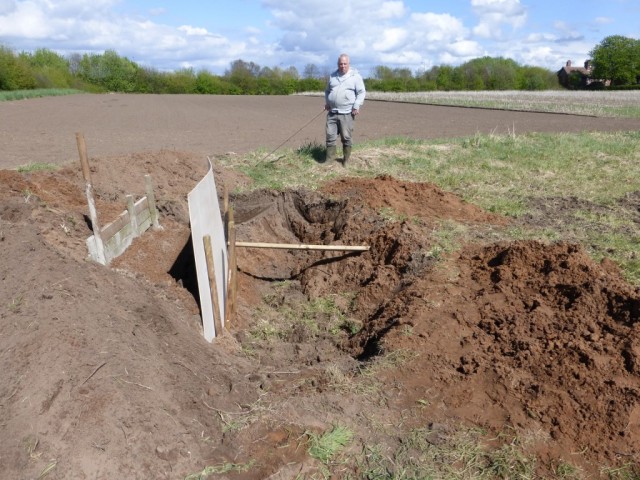 We gave the bank some time to settle and by later in the year it had stabilized but a little overgrown. However with a trim around the edges from the  scrub cutter and some sharp spade work to remove grass and weed tufts it all looked like a promising habitat. 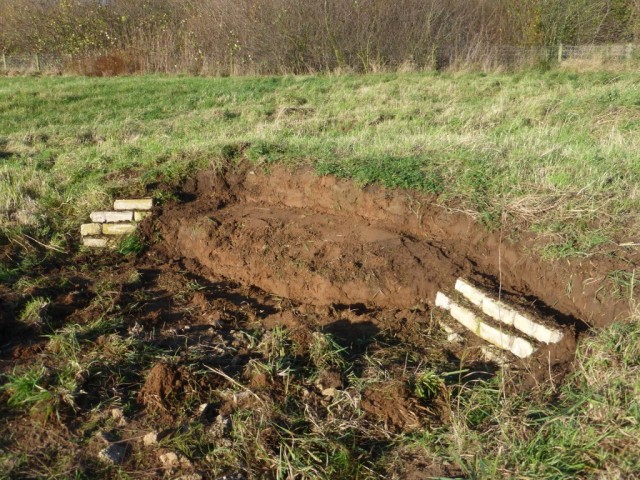 In 2016, with the assistance of Buglife and their Urban Buzz project we investigated what literature or experience there had been in the building of bee banks. Finding little in the way of good practice for a long-term construction we set out, with financial support from Buglife, to design and build a further, bigger bee bank adjacent to the 2015 one. 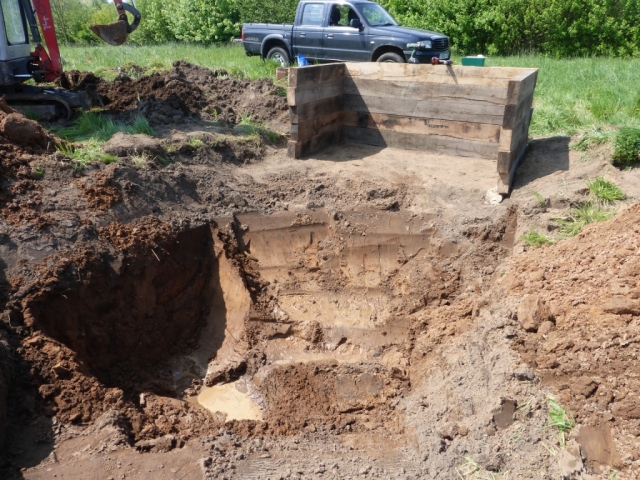 This one is using oak sleepers to hold the sand extracted from in front of the banks, it is just over two metres wide, one metre deep and a metre high. The sand and cement mix is placed in the ‘bunker’, which is shuttered to allow it to set as solidly as possible. This work is being done by volunteers from York Cares. The sides are naturalised by being reinforced by clay pipes packed with sand and the original turf. A green roof is constructed on the top and planted with sedum. 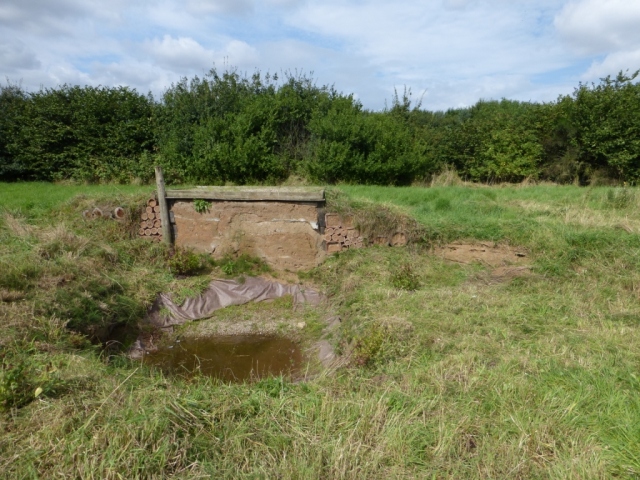 The bee bank in August 2017 – starting to establish

During 2015 some work was also done to hopefully establish a wider range of traditional cornfield flowers in the field. 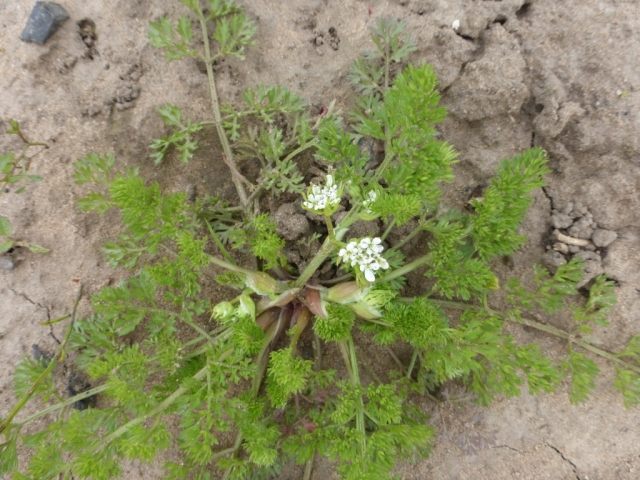