By harrowing and reseeding it, a rank piece of grassland became…a new meadow!

But like the rest of the site, this too floods!
The new meadow in April 2006 during the flooding:

Whilst further on, in May 2011, after continued attention the New Meadow is proving to be a wildflower haven: 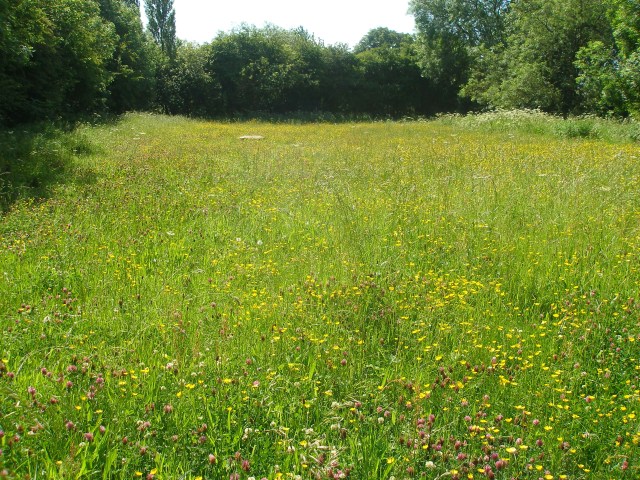 Unfortunately, in 2012, there was a major sewage leak from the pipe running underneath and the area was engulfed in a smelly mess. Since that day we have been working with Yorkshire Water and their contractors to return the New Meadow back to it’s pristine state. This has involved scraping off the layer of polluted soil and removing it, resowing the area with green hay and then managing the growth. Unfortunately the whole site flooded within a week of the first attempt, so this had to be repeated in 2013.

In compensation, Yorkshire Water funded laying the hedge on the eastern and southern boundaries, fencing the New Meadow off whilst it was repaired, along with various other activities. The western edge of the meadow was fenced off in 2012 to protect the tansy plants and their beetle population, and the southern boundary has also been planted with tansy (in 2013) and will also be protected from grazing. 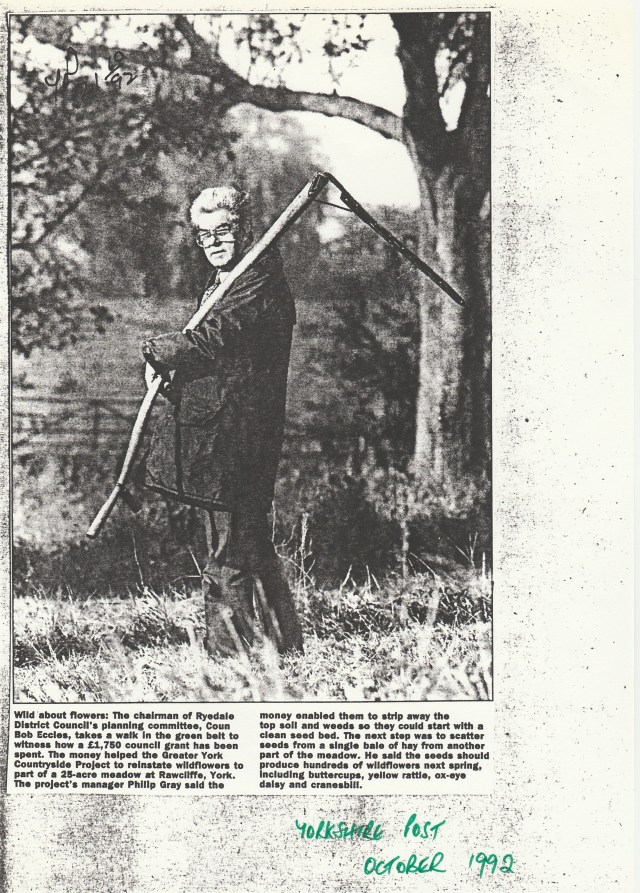