Posted on 3 January, 2016 by greatemancipator 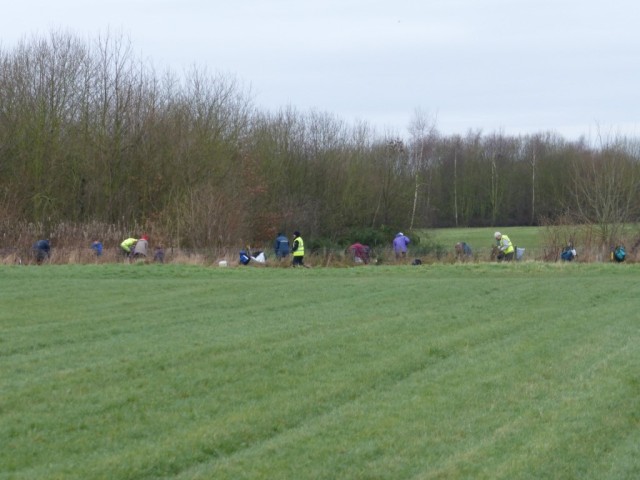 An excellent ‘silver anniversary’ work party with fifteen people present (Pete, Judi, Masha, Mick, Mark (1), Mark (3) and Julie, Mark (4) along with Kevin and Vanessa and their three children Noah, Theo and Evan – the biggest surprise was when volunteer Helen brought her brother Phil Gray along, who had initiated the whole thing in 1990). Thanks to all!

Considering that the number of volunteers can sometimes be just three, the task to clear the section of the Rawcliffe Country Park hedge that the replacement sewer  had disrupted and replant with some new trees took no time at all (planting three Holly, four Hawthorn and three Gorse), along with clearing the competing vegetation from last years plants.

The Gorse is starting to establish itself now and some was in flower, with more on the way. The Hazel was looking good and in the future we will have to consider coppicing some.

More photo’s of the floods on the day on Facebook.

Researcher and practioner in matters relating to egovernment, government ICT and their approach to the citizen.
View all posts by greatemancipator →
This entry was posted in Work Party and tagged Rawcliffe Bar Country Park, Rawcliffe Meadows. Bookmark the permalink.