Posted on 4 December, 2017 by greatemancipator 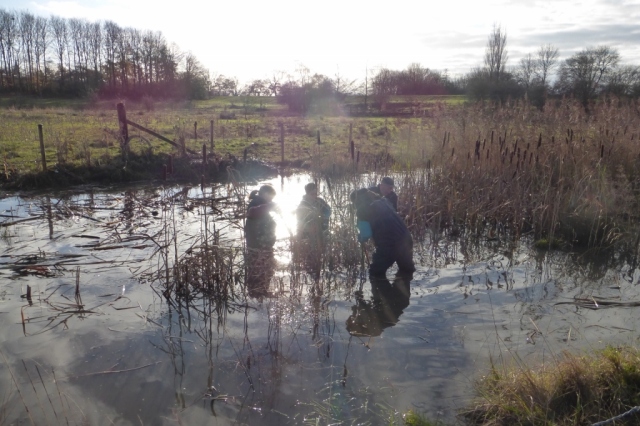 The work party was our second session of the winter 2017 trying to tackle the Typha (reedmace) that was attempting to take over the extension to the Water Vole Scrape in the Reservoir Basin. However, this time we came armed with three new pairs of waders, some pond gloves and a crome, along with three of her volunteers, courtesy of Anne Heathcote of the Freshwater Habitats Trust.

One only has to compare the final photo of the 8th October session with those of two months later to see what many people with the right tools can do! We also made use of the additional help by doing the annual 50% cutback of the Phragmites (Common reed) in the original scrape. The reasons for both are to refresh the growth of the reeds, which we want, and to control the reedmace, which is a bit of a thug, and we don’t want. We also relocated some reed plants to where we’d dug out the reedmace. 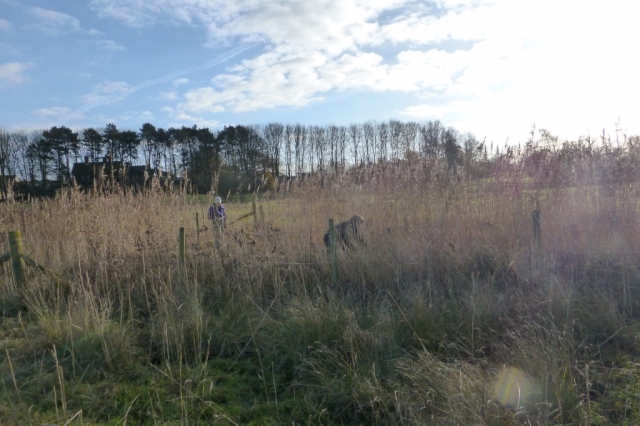 With thirteen volunteers, six of whom were wearing chest waders the waist-deep icy water was overcome, along with the still muddy challenge of cutting the reed bed. The scrape has become well-established with a good variety of other water plants and creatures still visible. Our especial thanks must go to Amy who had come from Cumbria with her mum, Jill, via West Yorkshire and probably ended up the muddiest of all! Thanks also to Julie and Mark, Mark A, Judi, Neil, Helen, Pete, Anne and Dick – a very satisfying work party upon which the sun shone taking the edge off the ice-cold water. 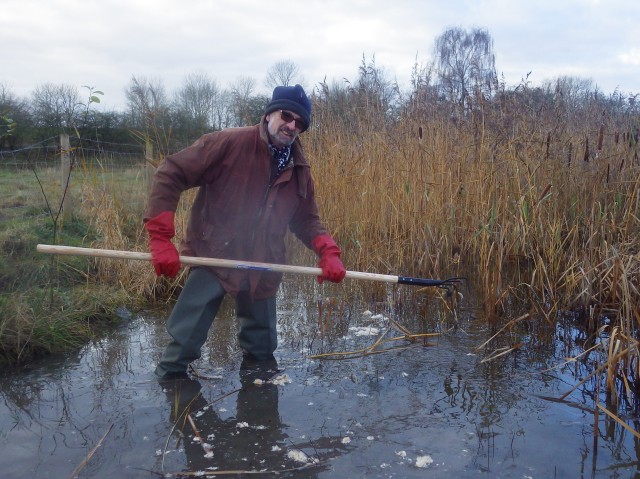 Dick with the new crome 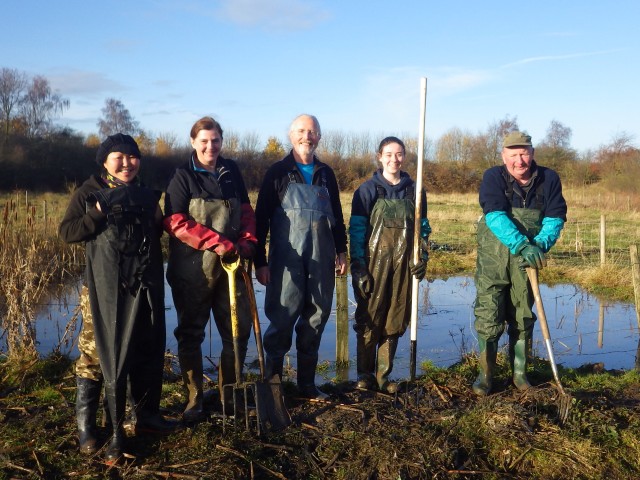 Modelling the waders and crome

The next session is on Sunday 7th January at 10:30 pm and the plan is to lay the Blue Beck Copse eastern hedge and cut back outside suckers. The fence then has to be repaired. The session may run on after 1 pm. There will be an experienced hedge-layer (Don) on hand to direct.

Researcher and practioner in matters relating to egovernment, government ICT and their approach to the citizen.
View all posts by greatemancipator →
This entry was posted in News item, Site Management, Wildlife Report, Work Party and tagged FreshWater Habitats Trust, Friends of Rawcliffe Meadows. Bookmark the permalink.